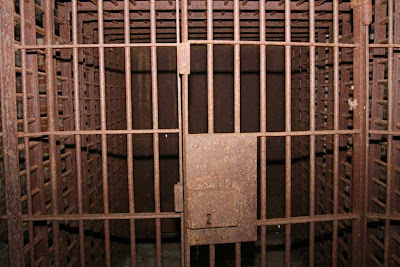 We are thinking beings. We have so much on our minds. And the mind is always restless. It is so common to find ourselves conversing with ourselves many times a day. This happens without our knowledge sometimes. Sometimes we consciously wonder aloud. This is what happens to all of us normally, each day, every day.

But what happens when you slightly deviate from "normal"? Is it not possible that the mind may start playing tricks on you? And you start to believe something that does not exist...

I have always been proud of being 'as healthy as an ox'. I have never known or seen what an illness or "perception" of illness can do to an individual, simply because I have not come across many such individuals. Of course I have been ill myself. And once or twice, seriously ill. But what is considered normal is to bounce back after the episode.

In recent times, I have made a good friend. She is otherwise quite active and healthy. She keeps herself busy mostly. But small things always upset her, especially about her health, like a boil on the hand, a small bout of cold, or just perspiring sometimes. She is paralyzed with anxiety over these small bodily changes and seeks constant reassurance from us and her family about her nagging feeling of something being seriously wrong with her. She is not convinced with our reassurances and seeks medical help for each small perceived illness. And that is not enough either. She does'nt believe that one single medicine or course of treatment or doctor can cure her. She seeks help from various doctors and local healers and changes medicines often and then becomes anxious about if she should have stuck to one treatment from the start! She needs reasons about why the boil or flu started in the first place.

It drives me mad to be around her during her bouts of illnesses. Her house is filled with medicines for all sorts of anticipatory illnesses. She sometimes self-evaluates her illness and reads up books and surfs the net about what it is that ails her. It is not only hard for her, but also for people around her, especially her family. They tell her it is nothing, just a boil. But then, what if this boil is a "manifestation of something serious within the body"? I cannot help but think what is it that drives an individual into such a deep well of anxiety. And then it hits me- it is a case of hypochondriasis. I read about it from this link here. This helps me make up my mind somewhat more about her being a hypochondriac.

It is such a sensitive issue. Any illness is, but those related to the mind are more so. There is a stigma attached to mental illnesses. No one wants to accept that a psychiatrist is the one they should be seeking help from, not a physician or any other doctor. And as a well-wisher, it is impossible to let the person in denial suffer through this hell for the rest of their lives. It is treading on a thin rope to be the one to tell them that it is not anything physical, but related to the mind without implying that he/she is "mad".

I feel a lot for people who are otherwise healthy but are trapped within themselves. How do we free them?

Email ThisBlogThis!Share to TwitterShare to FacebookShare to Pinterest
Labels: Me and you, Wealthy health

It is the joy of giving week. There was a report in the newspaper about how an aged spinster donated her big bungalow to an orphanage. I thought this lady must have had a big humanitarian heart to be able to give what she had and, probably, did not need. But, other than the lady, how big are our hearts? Leave aside giving something which is dear to us, are we big enough to give at least that which we don’t need?

Long time ago, in our country, there were brahmacharis, who would come asking for bhiksha on the doorsteps of other people. Their dharma suggested that they couldn’t demand, but humbly accept what was given to them. They could go to a few houses each day and ask for anna bhiksha. And people considered it a blessing to be able to give to these brahmacharis. At certain times when there would hardly be enough for the family, the lady of the house would never return a brahman empty handed when she heard “bhavati bhikshan dehi” and would share with him what little they had. 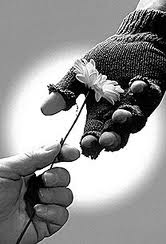 But that was a long time ago. Then it was even safe to leave your doors unlocked when you were not at home. Thefts were rare. Morality prevented people from even considering wronging others. There were not so many conmen then. People were genuine. Those were golden times.

Now is a different story. Gold prices have hit the roof. And desperate college students who need to meet their daily expenses have resorted to chain snatching and, sometimes, tear away the ear of an unaware passerby for some money worth gold ear rings, never mind the pain inflicted by the act or the life-long permanent disfigurement faced by the subject.

Looting is a common thing today. People bring certificates saying they are blind and ask for money for their eye operation. And when you try to help them, they attack you with their aides and loot you. So, now you have to beware such people. But how do you distinguish between people who genuinely need help and those that are conmen? You can’t! That’s why we have become sceptics and prefer not to help anyone. The times are bad!

And somehow, these changing times have changed our hearts too. It has given people free-wheeling to operate their selfishness. It is reason enough to say, “I don’t wan’t to give to anyone who comes by my doorstep! They are all cheats!” Even if you do help and give money or clothes to those who come asking for it, you are ridiculed and made guilty all your life for your ‘foolishness’. Who knows, they could be cheating all people with their lies! And you have fallen for it too. Stupid you!

But, is it right to let our miserliness take free reins? I sometimes feel small when I turn away a dumb and deaf child who comes asking for money to pay his school fees. He did not ask for 10,000 rupees, just whatever little I could contribute. What if I am being taken for a ride?

My grandma suffered from dementia. It was a difficult time to see this degenerative disease take her away from herself, and finally from all of us. It was a hard time for all of us. It was quite emotional, and sometimes emotions make you do things you never thought you would ever do. So, when you see an old woman on the road who seems to have lost her way, it doesn’t need logic to help her home. It just makes you think, it could be your grandma. Maybe, you will donate money to certain dementia care centres.

You don’t need such tragedies to be generous. Thank god for many philanthropists, the world is a better place. The world is still not void of good people. We must feel grateful for what we have- health, family, food, and security. Sometimes, we just need a heart.

Email ThisBlogThis!Share to TwitterShare to FacebookShare to Pinterest
Labels: Me and you

Fair and lovely, dark and handsome

I have always been subjected to the "fair is lovely" sentiment either directly or indirectly from the time I could distinguish between fair and dark. I am considerably brown and my brother takes after my mom and is quite light in colour in comparison. In my family, my parents have never treated us differently, which is how ideally every family should be. But, since I started going to school and also meeting "certain elders" in family functions, I was made keenly aware that my brother was considered prettier than me!
I remember asking my mom at home if I was ugly. I also used to ask my aunts and uncles if they thought my brother was better looking compared to me. Of course, nobody was cruel to me that way, and they always showered equal love on us both. My mother always reassured me that I was very beautiful, as was my brother.
We Indians (and many other Asians) are coloured people. And for reasons unknown to me, most of us chase after fair skin! It is especially important for girls to be fair in our society. A new born baby is immediately judged by its skin colour. The fairer the child, the "cuter" it is. And even before a child can begin to form his own opinions and thinking, these prejudices get etched deep within, sometimes scarring the child. At the time when a child should not be worried about playing in the sun "or he will get darker", he starts to think that his worth is determined by his looks. Of course, it is definitely advantageous to be good looking as researched by many cosmetics companies (cosmetics industry is a multi-billion dollar business). But is it really essential to be fair to be beautiful?
Such stereotyping is actually quite surprising to me. We are naturally brown skinned. We breed brown-skinned children. But a majority of us still consider a brown child just average in looks and gets average attention from its family. People wouldn't look twice at it, because it is not any different. Even parents who are brown and fair each, prefer to have a child who is fair and the mother drinks kesar milk in pregnancy so that the child becomes fair in colour (impossible scientifically, unless it is in the genes).
This obsession persists throughout Asia. But, in the West, people go to great lengths to get a tan. A tan is fine, but not a brown or a black skin. I am sure it is not true with all people universally. But a majority foster such sentiments. This unexplained dislike to even "hate" makes a dent in an individual's self-confidence, unless his confidence is armoured. My friends actually asked me how is it that my sister's child is actually so fair but my sister isn't, with such bewilderment! How is it OK to be impertinent and hurt somebody's feelings, than be a nice individual, whether brown or white?
My mom used to tell me that it is not important what your skin colour is, neither is it important to be good looking. What matters is to be good natured, presentable, self-confident, and hard-working. And people will love you for what you are and not how you look. But all said and done, I think brown skin is no less beautiful than white skin. Cosmetic beauty is skin deep, but true beauty isn't. I will definitely teach my child what my mom taught me. 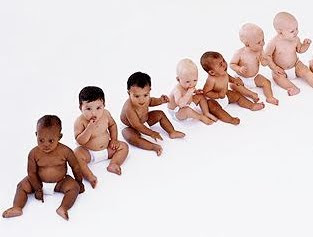 Email ThisBlogThis!Share to TwitterShare to FacebookShare to Pinterest
Labels: Me and you
Older Posts Home
Subscribe to: Posts (Atom)

Pooja
My wisdom teeth are finally out! Read my posts for proof! ;) If you have any fun things to tell me, say hello at wildinthemind (at) gmail (dot) com